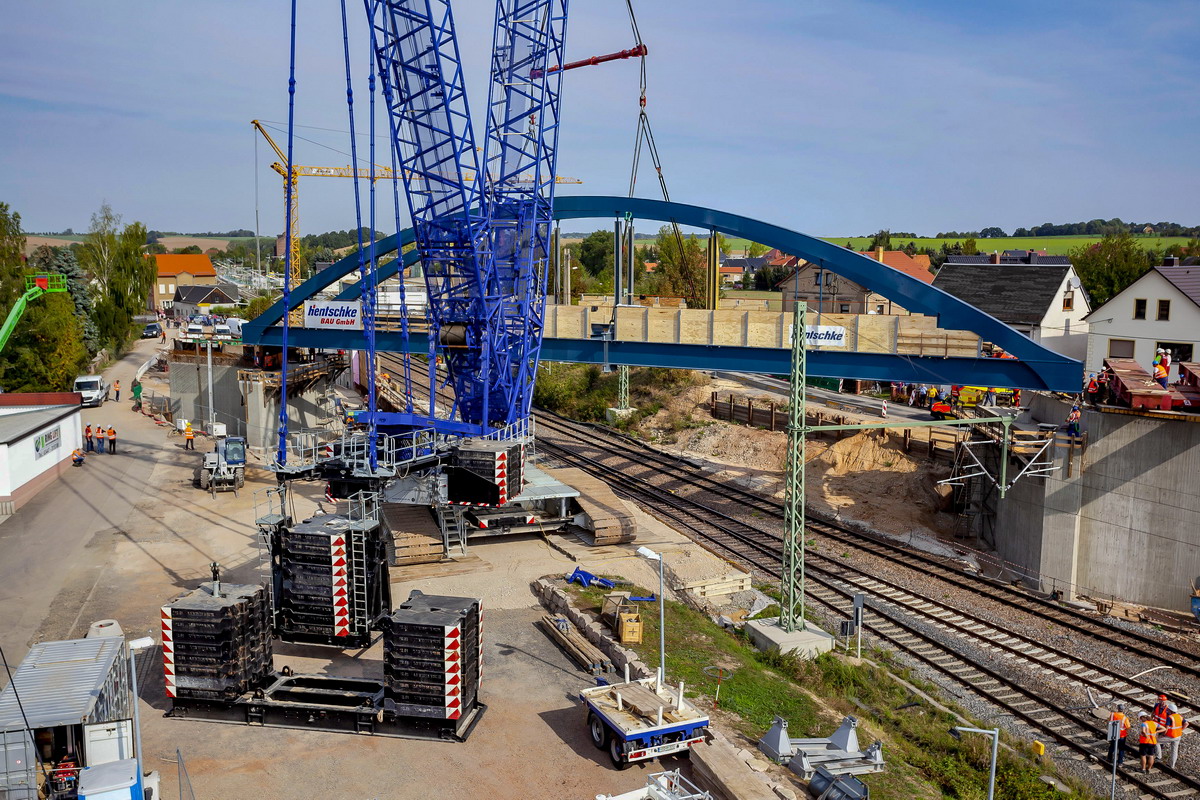 Construction work on rail tracks which require railway traffic to be postponed for a limited time generally have one thing in common – massive time pressure. The essential thing is that the trains start moving again on schedule after the end of the planned track closure. The installation of a massive steel bridge over a rail track in Altenburger Land (Thuringia) was completed faster than scheduled – the VarioTray detachable ballast system on the LR 1750/2 crawler crane used for the job saved around 90 minutes compared to conventional suspended ballast. 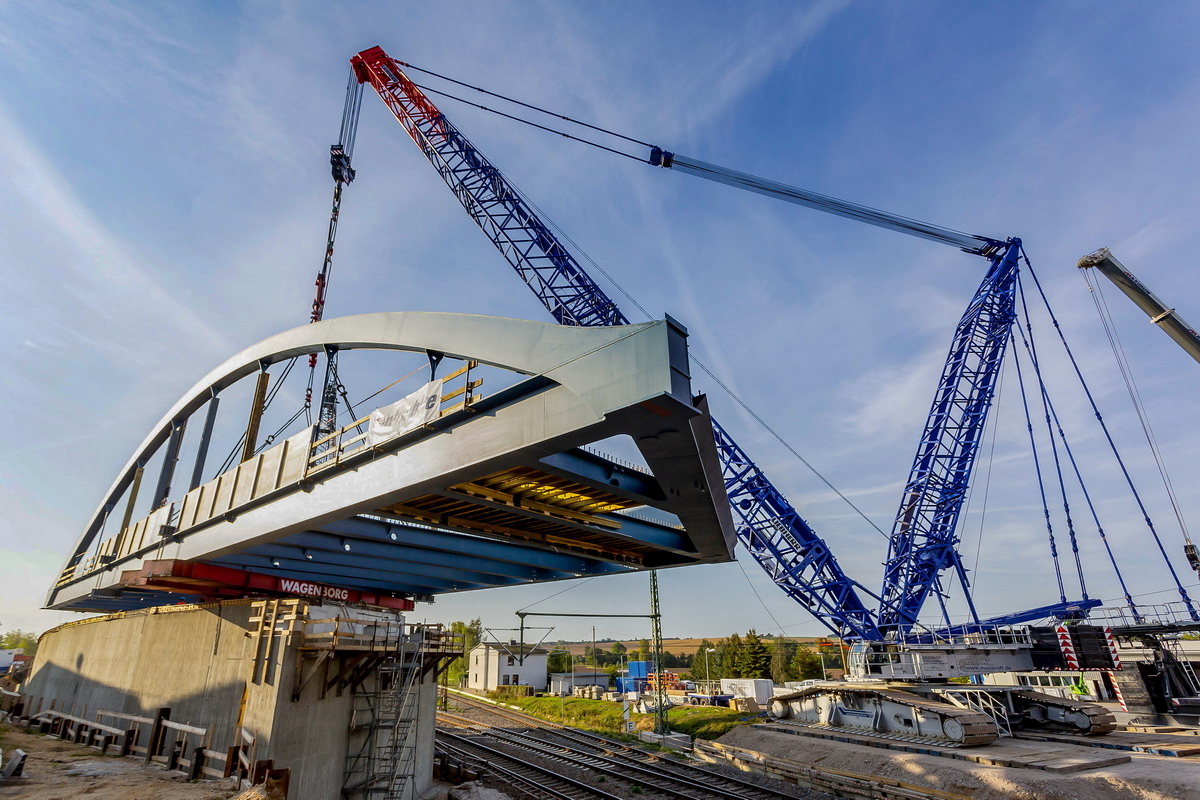 Hoisting a 240-tonne arched bridge in the small village of Nobitz in the State of Thuringia, around 40 kilometres south of Leipzig, was a perfect opportunity for using this smart ballasting system for Liebherr crawler cranes. By reducing the radius during the hoist from an initial 32 metres to 18 metres, the crane had to significantly reduce the ballast on the derrick boom. Instead of removing the ballast slabs with a set-up crane, as has been the normal time-consuming procedure in the past, the majority of the suspended ballast was simply unbolted and disconnected – taking a matter of minutes. Only the centre stack of the ballast pallet weighing a total of 340 tonnes was left as ballast on the derrick boom until the load was finally lowered into position 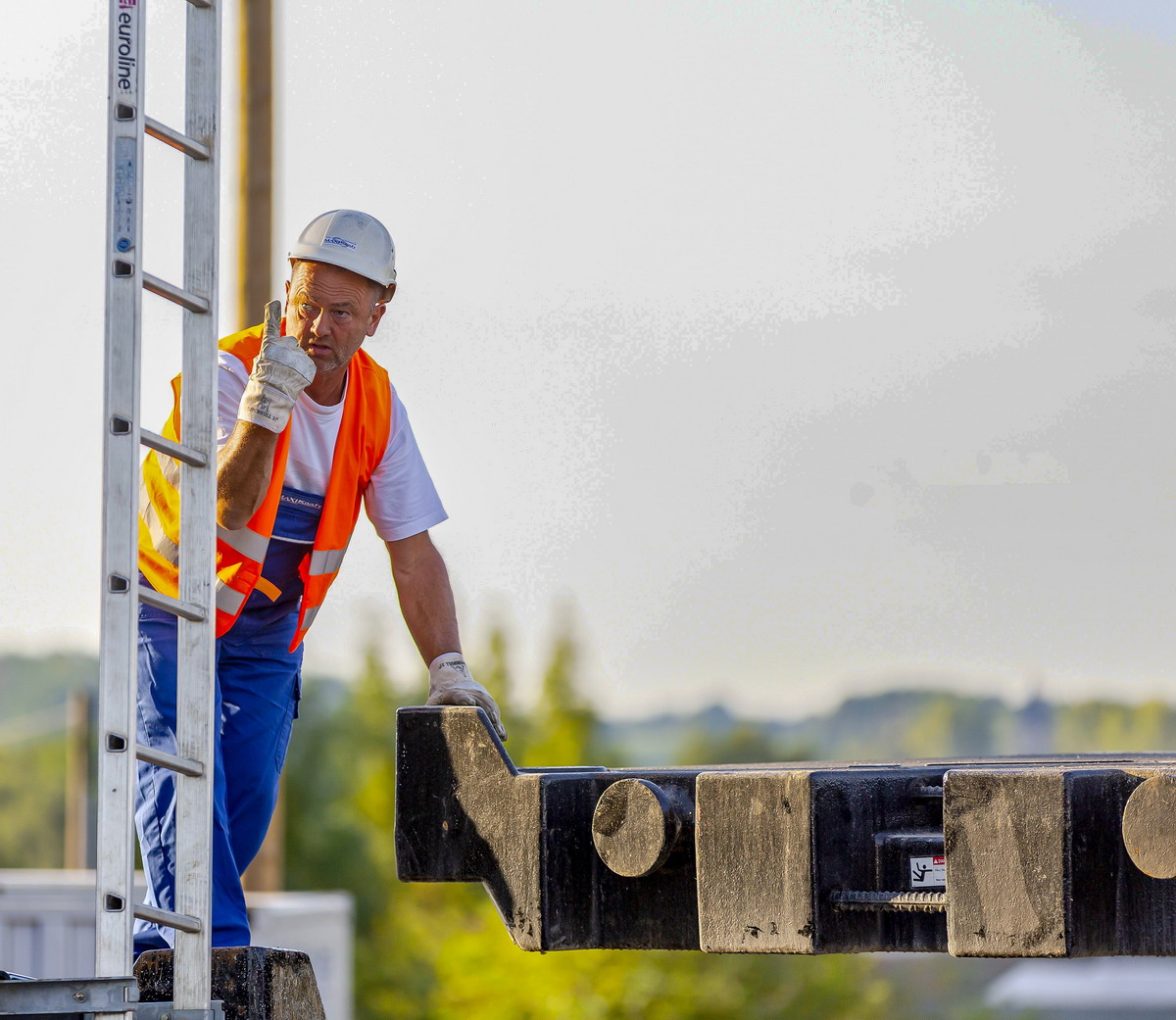 Bridge heavier than planned – variable ballast radius tackled the challenge
The bridge was around 20 tonnes heavier than planned. Peter Drabsch, the Team Manager from crane contractor Maxikraft Kran- und Schwerlastlogistik and crane operator Ralf Ludwig tackled the situation quite calmly. They adjusted the derrick radius of the suspended ballast from 18 to 20 metres, which compensated for the additional weight without a problem. Together with the hook block, hoisting equipment and yoke, the Liebherr crawler crane had to handle a gross load of 249 tonnes for the installation of this steel bridge. 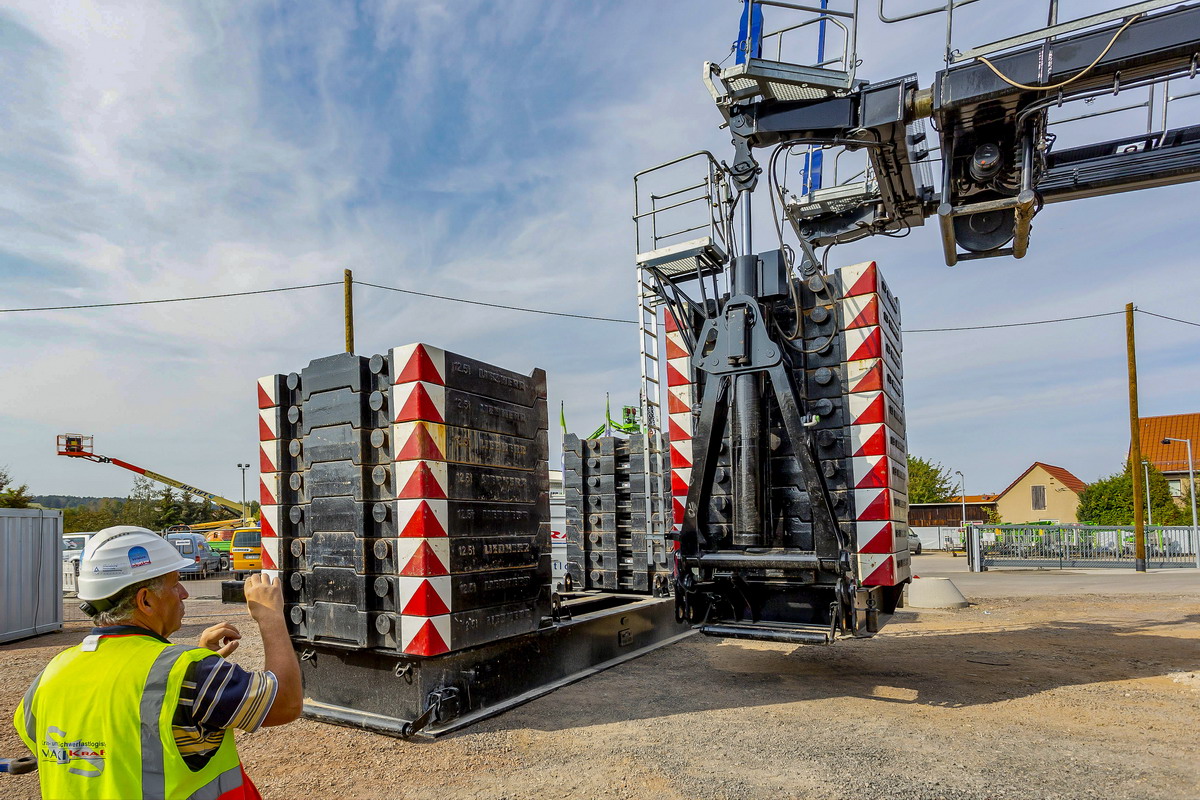 Dutch heavy haulage and transport logistics contractor Wagenborg-Nedlift was responsible for the bridge installation and had rented the crawler crane from Maxikraft. The Dutch were also responsible for transporting the arched bridge from the assembly site to the abutment on the bridge construction. A number of SPMTs were used for this purpose. Wagenborg’s Project Manager Bart van den Belt was absolutely delighted by the benefits of the VarioTray system after the bridge had been hoisted into position: “This feature is fantastic! An auxiliary crane would have taken ages to do the work.  We saved a lot of time using VarioTray.” 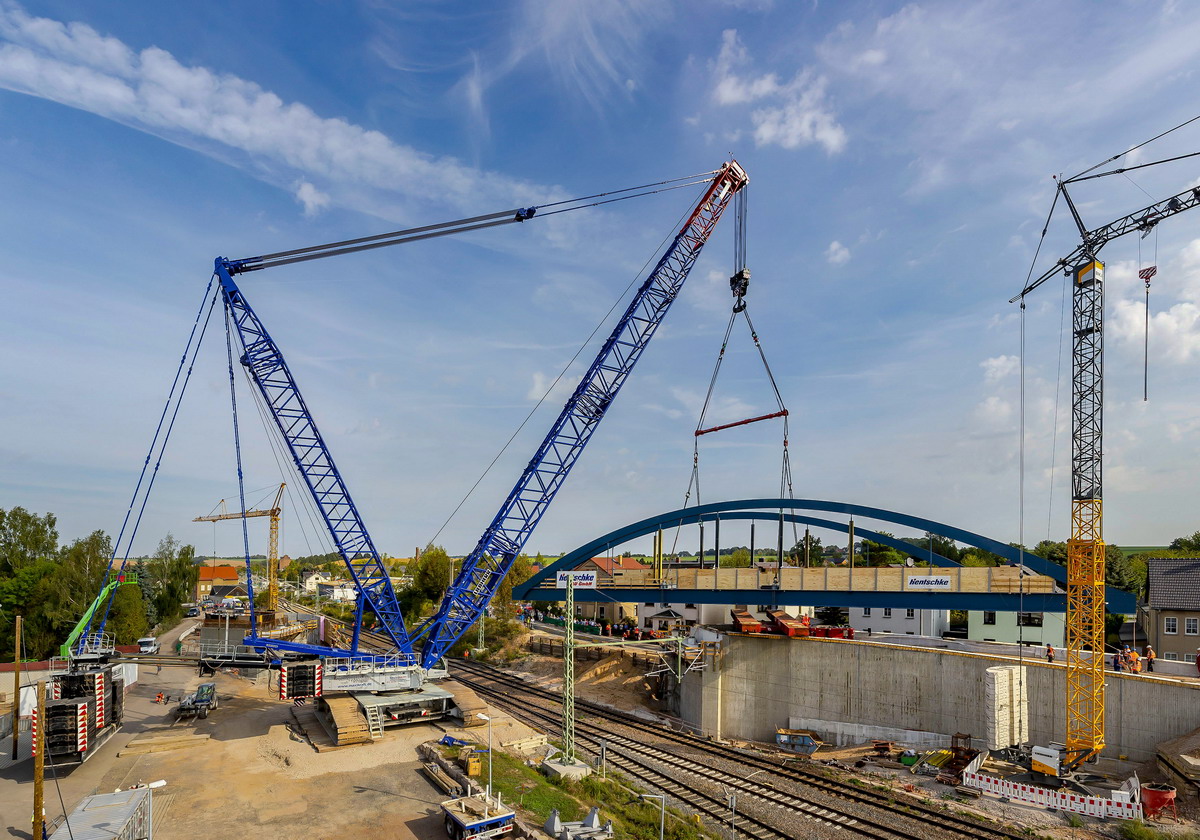 pictures and text by Liebherr Ehingen
﻿